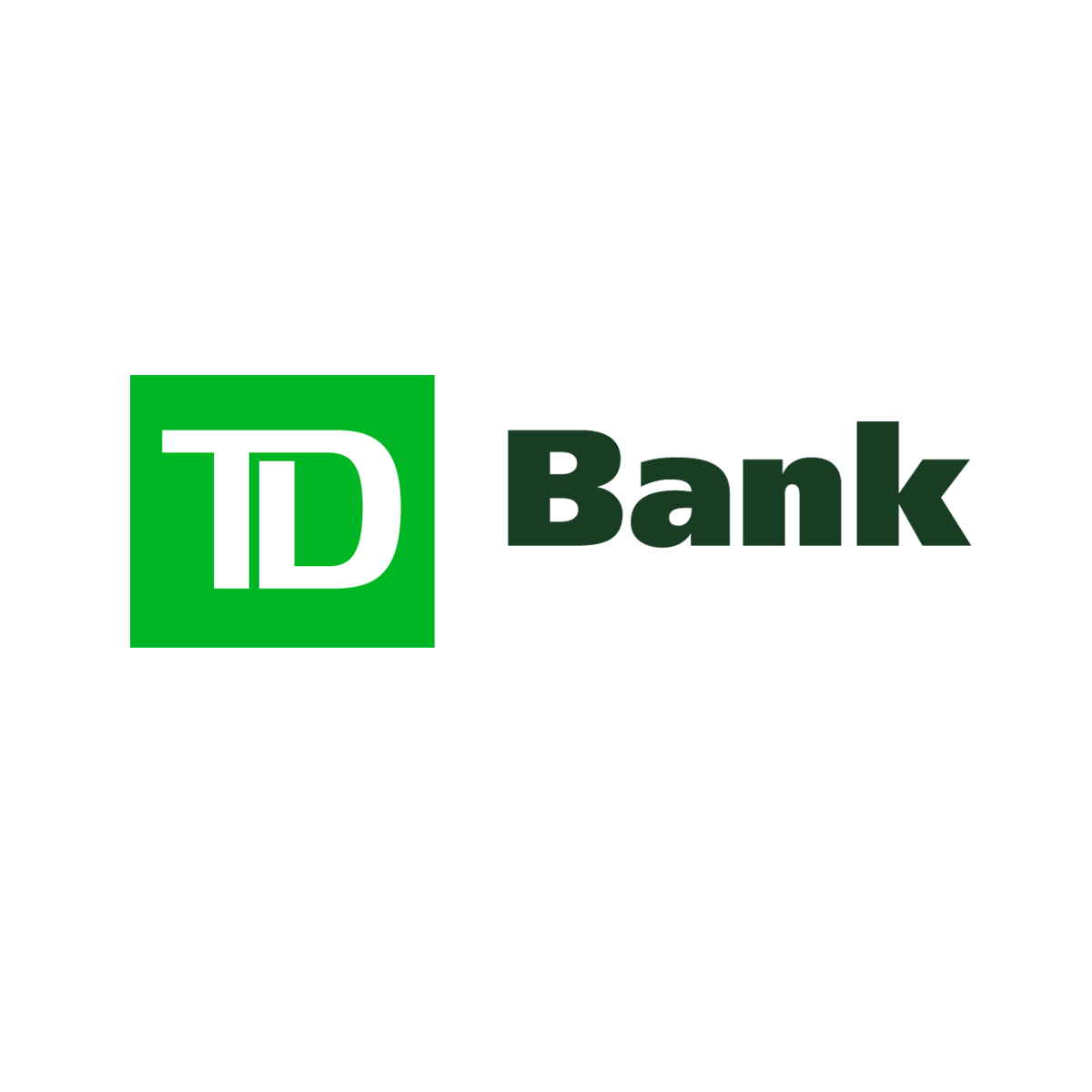 
Drastic changes in work volumes required a swift response to maintain Service Level Agreements (SLAs) and customer experience while balancing costs. And for front line managers, these challenges had to be met while balancing the needs of the team members who were asked to adapt to changes during a time of stress and uncertainty.


One team in particular rose to the challenges presented from COVID-19 with minimal impacts on Cost, Quality, and Service while creating the best possible employee experience, using insights and stability from an Operations Management Platform (OMP). 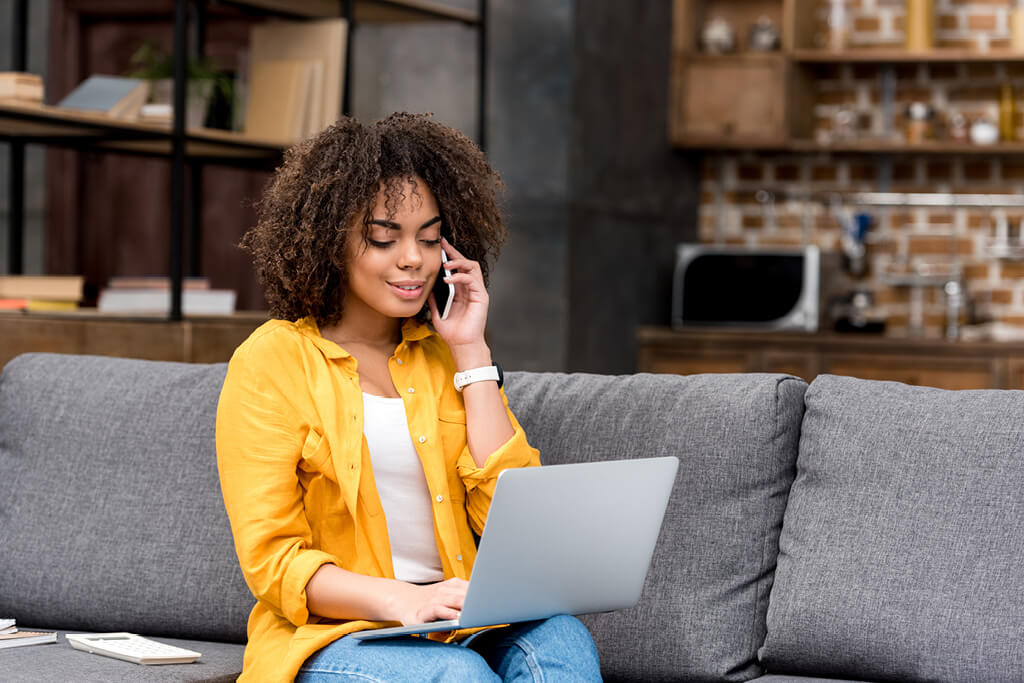 When we brought AOM in during the summer of 2019 I was confident that it would allow us to work smarter. Once COVID-19 hit, we really saw the value. Our colleagues' lives' were disrupted, we went to W@H, volumes changed but AOM was our GPS. It allowed us to navigate all these new hurdles, get back on track in just a few weeks, and then achieve even higher levels of production. 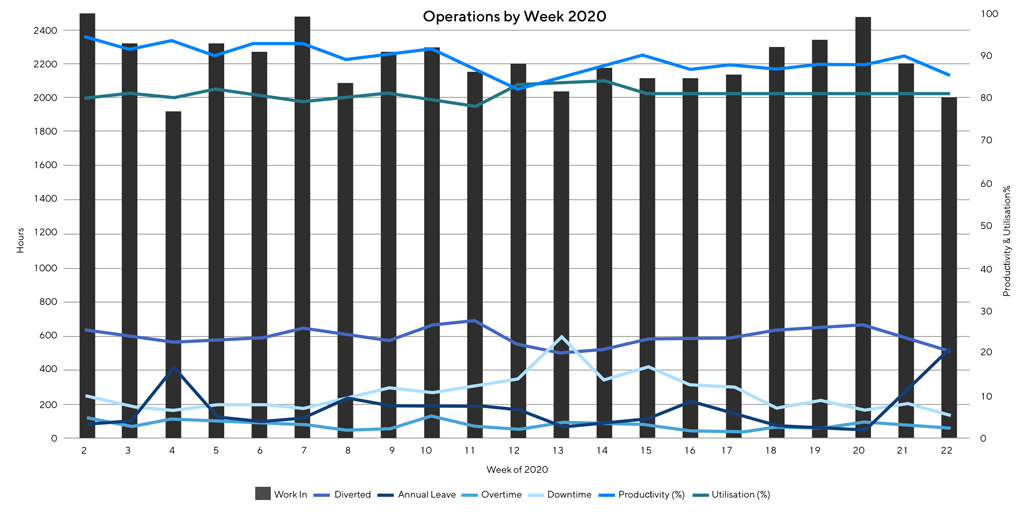 In the summer of 2019, just nine months before the COVID-19 pandemic required the closing of TD Bank offices, the Bank's Retail Card Services (RCS) Operations team, based in New Jersey, USA, completed a 12-week ControliQ implementation. This standard implementation initiated data collection to quantify work. Managers were taught a planning and control cadence to utilize the data to make informed choices to actively manage their teams. With the insights gained, the teams began using continuous improvement and long-term planning to achieve their goals.

A slight drop in productivity during the move to WFH with quick recovery and stability. 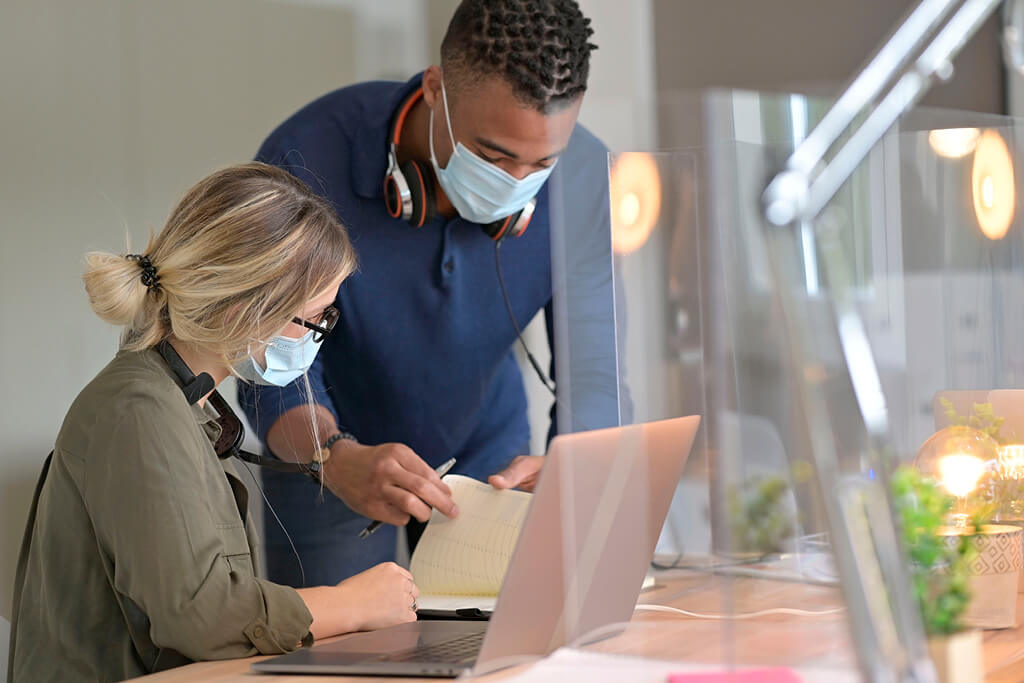 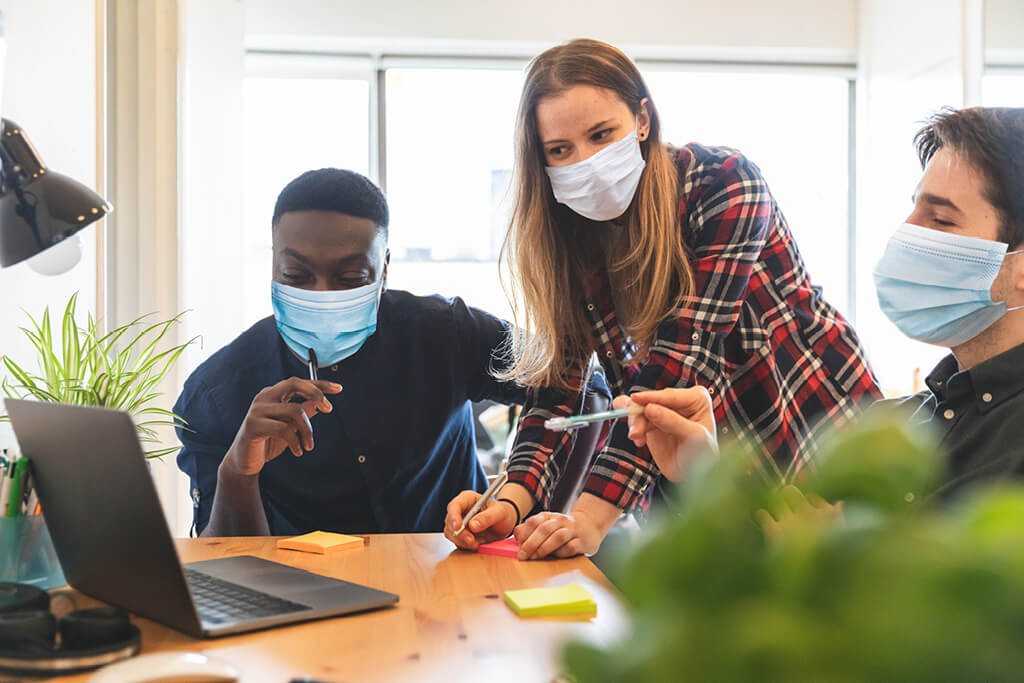 OMP delivered critical factors to the successful transition for RCS

Prior to the introduction of OMP, there was no overnight to total work. Managers admitted to a disparity in work allocation and limited regular communication with the team. They felt that they were continually reacting to fires with rampant OT and missed SLAs as consequence. In addition to quantifying work, the AOM method teaches a cadence of weekly planning with a daily review to show where the work is against the plan and actively making adjustments to prevent fires, thus, creating a working environment that is in control.


As COVID-19 began to have business impacts on both the workforce and the work arriving, the entire department adhered to the tenets of the program. They continued to monitor data and adjust work priorities for the team, to plan for the next week, and to attend load and variance meetings where they collaborated to support one another and make the best decisions for the business in the everchanging environment.


Managers even found new value in the daily buzz meetings that were established as part of the AOM method. It became an important opportunity to connect with their staff.


RCS began to feel the effects of COVID-19 by the second week of March and they were able to react to those changes as they happened because of the method they had in place to Forecast, Plan, Control and Review work.


This team went through a standard AOM implementation in the summer of 2019, just 9 months prior to the pandemic. This implementation was the catalyst for significant transformation in the way the team managed work, setting them up for success in the world of COVID-19. 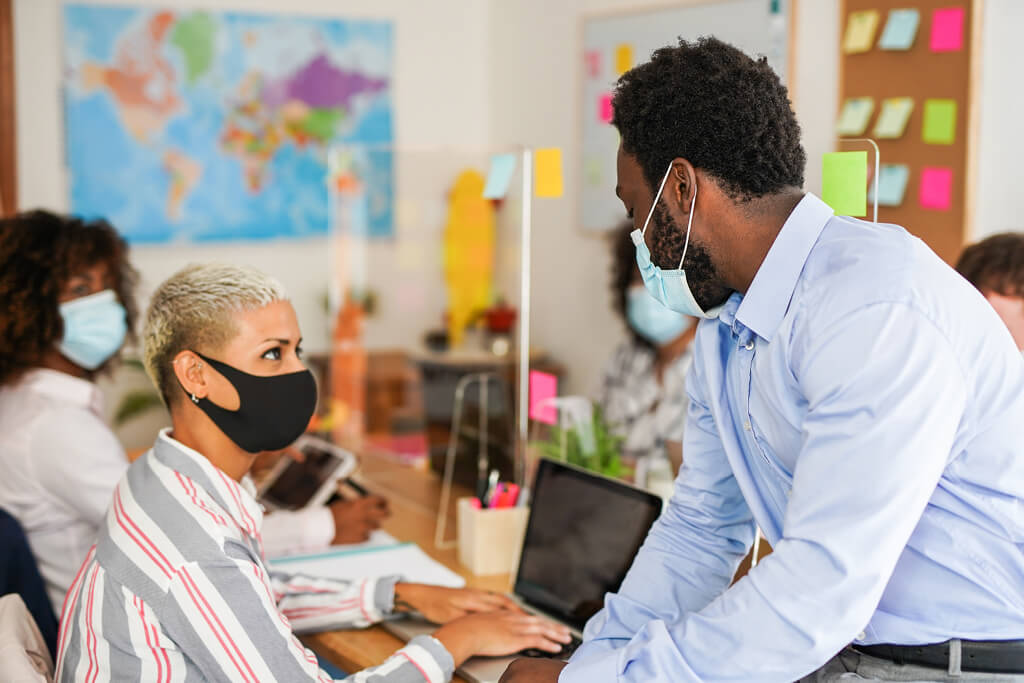 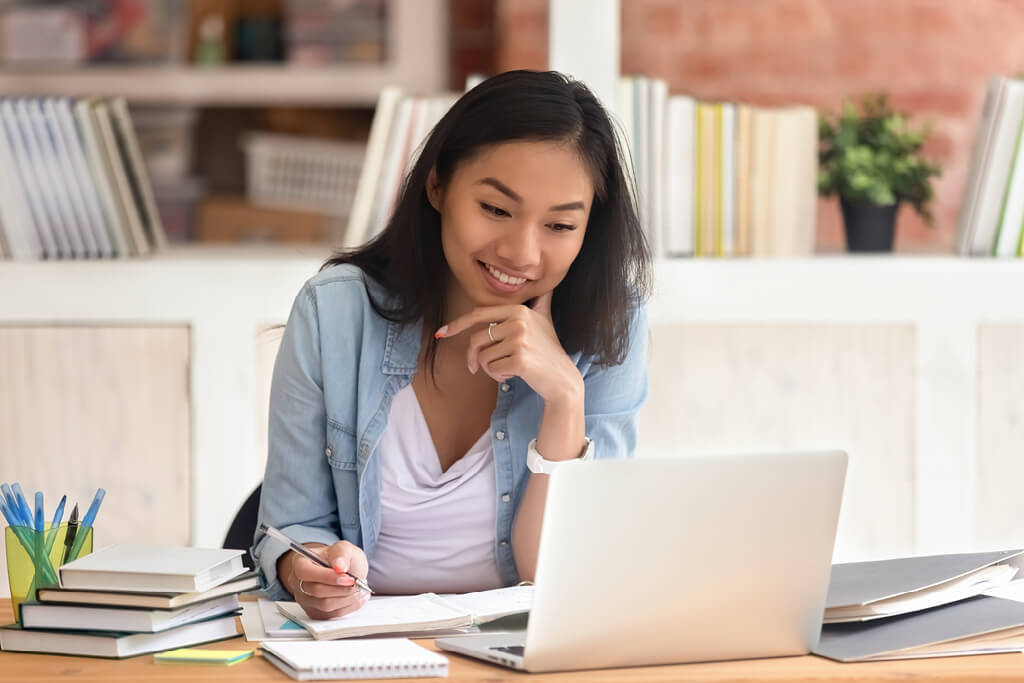 OMP gave me the ability to understand and read the story behind the numbers...I no longer work reactive, I work with a plan and guidance. 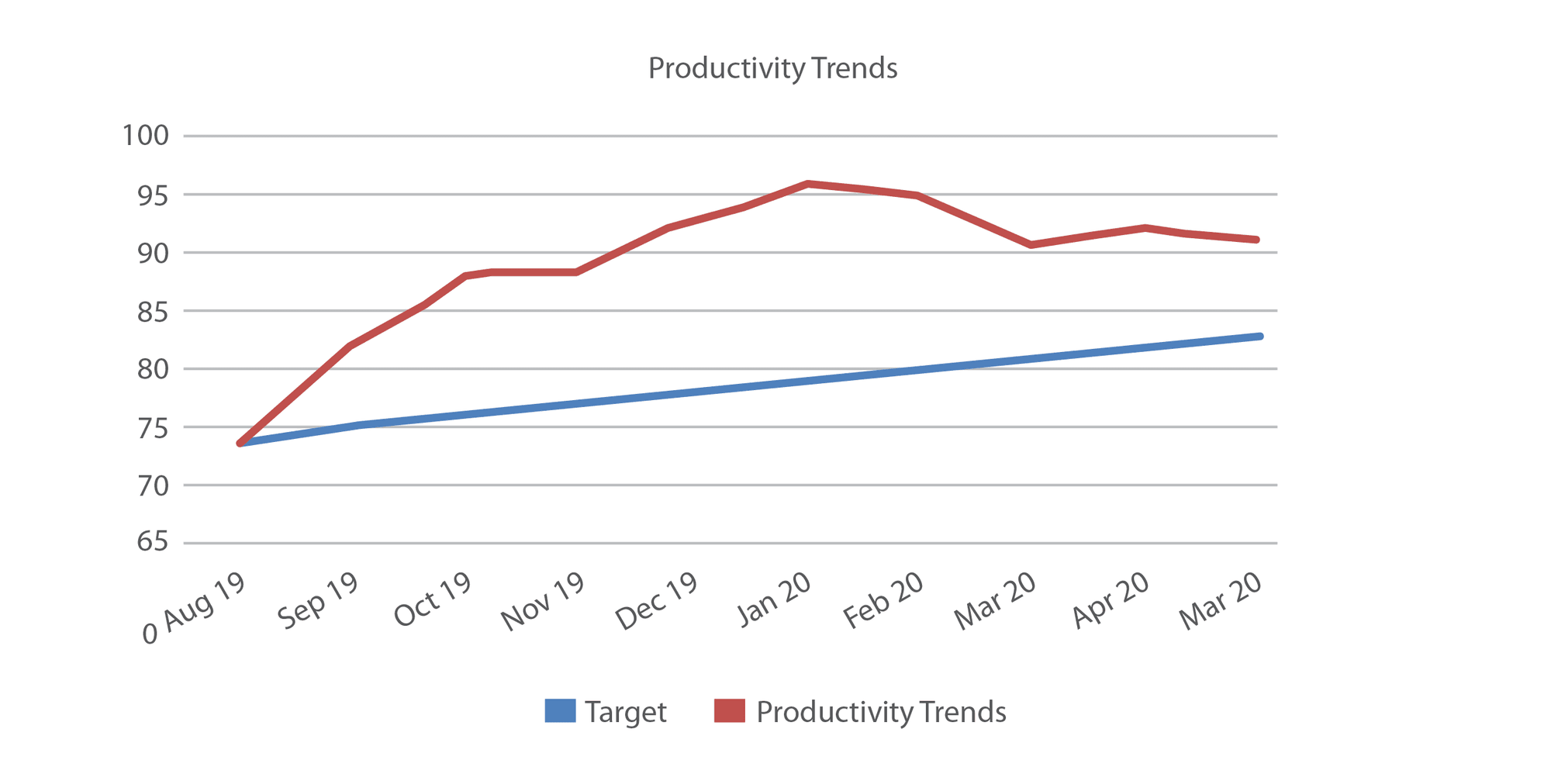 How do you move your workforce to home-based operations, when a large percentage of their work is a physical operation like mail?


This was the central challenge of the Customer Service Team in RCS.


Mail has a highly variable daily volume and very short SLAs within the RCS department. Having gone through the OMP implementation, the CSB team knew that visibility to the work arriving was going to be key to successfully managing the regulatory requirements and customer SLAs for this team, along with health and safety. Initially, they sent in an agent two times per week to gather and process the highest priority mail. This created major spikes in work volumes day after day while WIP levels were also increasing significantly during the initial weeks.


This team was able to stay in control by using the data in Workware+ to identify the highest priority work that they complete daily. Having gone through the implementations, they had worked to understand their policy stock or comfort zone for work in progress for each task. This guided them in setting priorities daily given the variations in work volumes. They were able to communicated with their teams about the work and quickly transition to a digital work allocation strategy using shared drives.


Having prior knowledge about the work allowed them to quickly identify their bottleneck (mail) and create a plan to outsource part of that work. While working to onboard a vendor for mail collection, scanning, and printing, they utilized the capacity of their clerical agents to learn other parts of the business.


OMP took the stress out of managing the workload and allowed the managers to focus on improving processes for the WFH realities, helping the employees settle into new routines, and creating clear and consistent expectations even in a time of great uncertainty. Within four weeks, stability was re-established and a new normal had been defined without overtime and without missing any SLAs.


Productivity drops during the two weeks in March when the office was shut down. Mail processing was slowed while the team acted to move this work to a 3rd party. Also impacting other processes in the chain of work, meaning less work produced and WIP increased.


WIP levels increased during the initial days, primarily driven by work building up in the Mail Processing team. Once the work was reassigned, levels fall back to normal.

Without OMP, we would be going crazy...moving everyone home has challenges, but work wasn't one of those, allowing me to focus on the needs of my agents for W@H, not stress about the work. 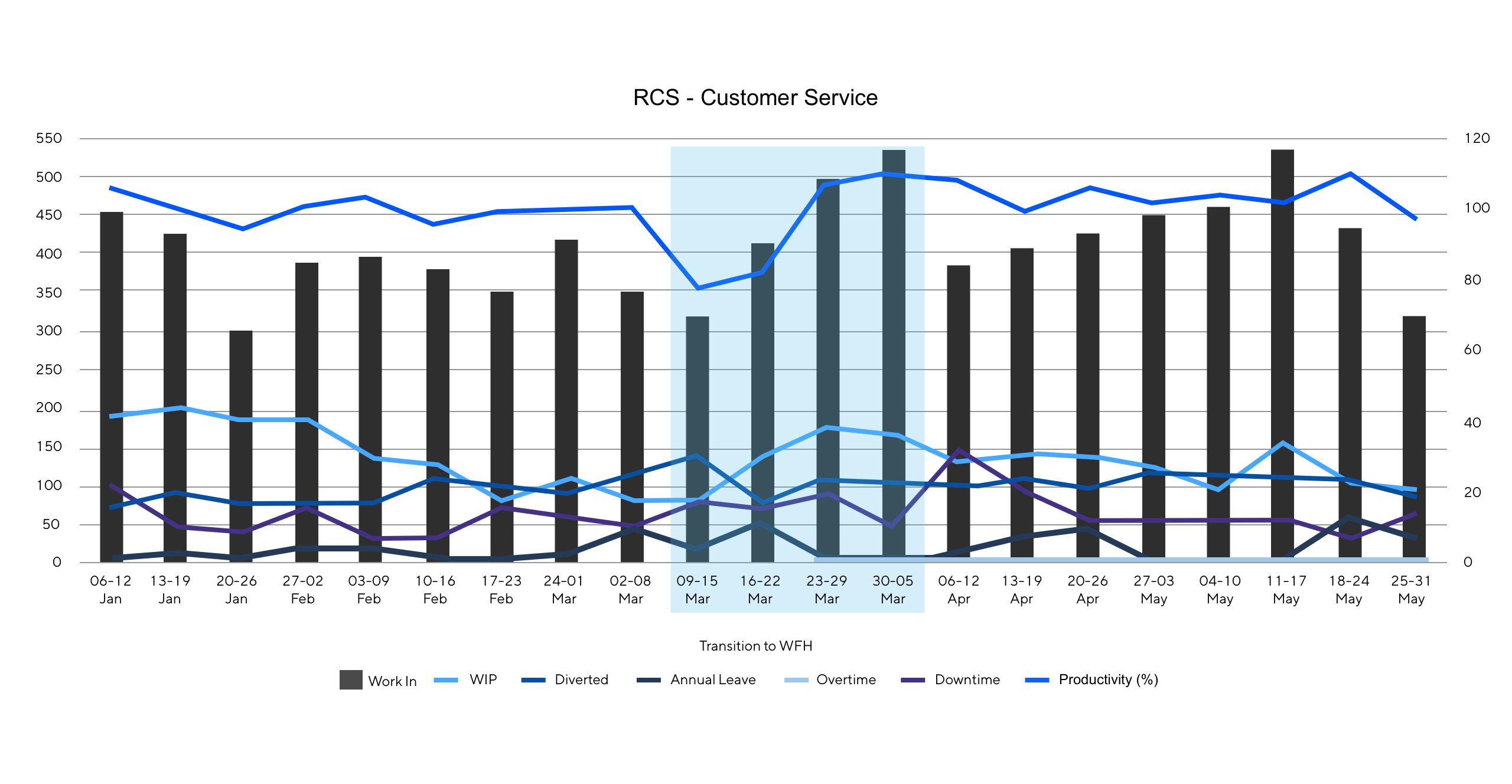 OMP brought consistency and visibility... it helped me understand my agents even though we weren't able to connect in the same way as in the office...

This team handles all RCS disputes for two main verticals – furniture and digital. Once they began quantifying their work during the implementation of OMP, the team recognized that they did not have the flexibility to adequately respond to incoming work volumes across the verticals, leaving some under-utilized, while others were overwhelmed with work and missing SLAs. Through the insights they gained in Workware+ reporting, the team created a continuous improvement plan to invest resources in cross-skilling in order to better respond to the needs and fluctuations in their business volumes.


They created a specific plan based on hourly investments each week and an anticipated outcome of 5% productivity gain per month. They presented their plan to the department leader and then built that investment into their weekly plans.


Where we have come from:


Where we are now


Where we want to be: "Our Destination"


Not only did they successfully achieve their goal of cross-skilling all agents to work in all verticals within the three months time period, but they also exceeded the anticipated productivity benefits, improving 17% in 3 months, and an overall 33% increase in the 6 months post-implementation. 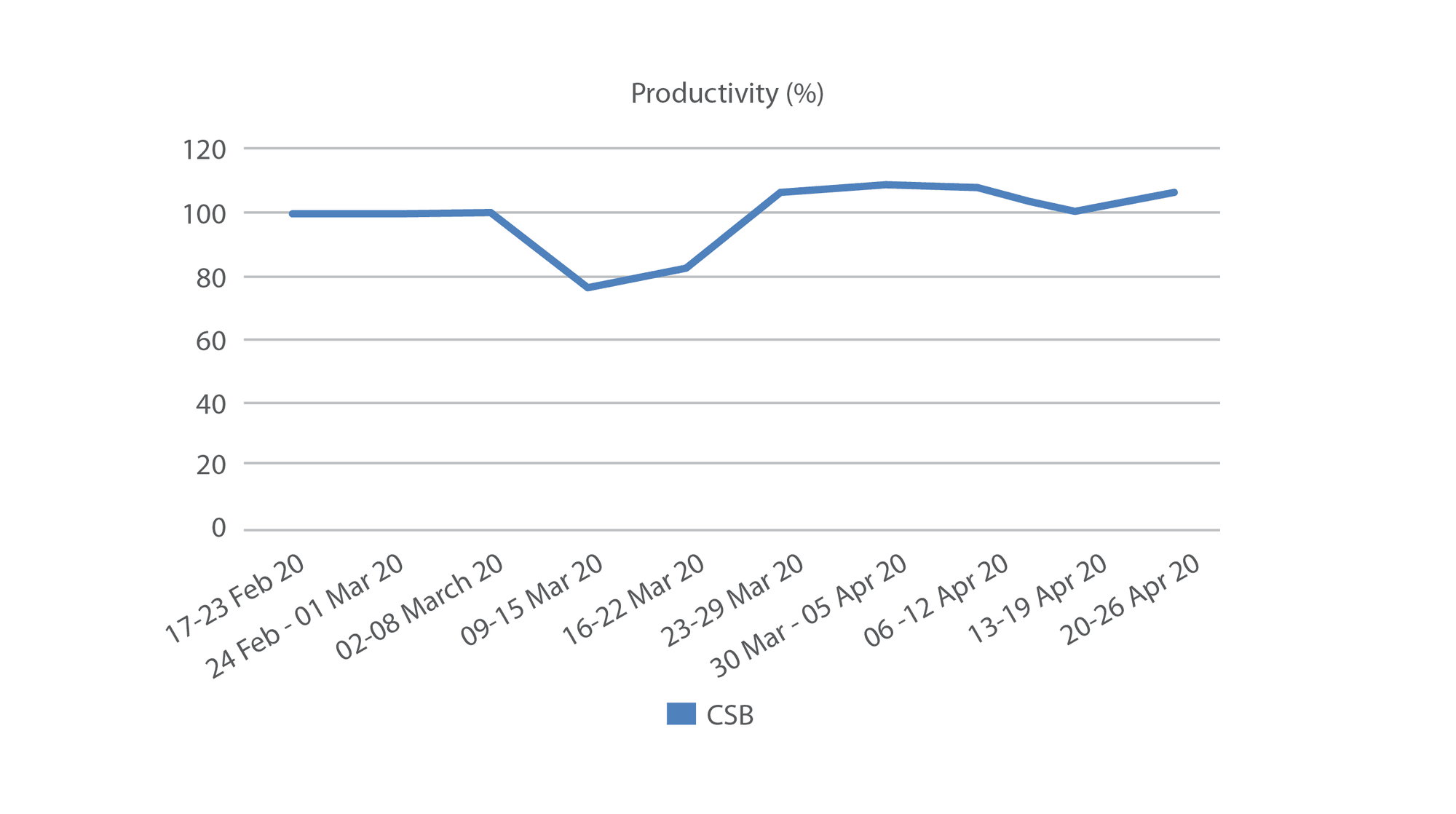 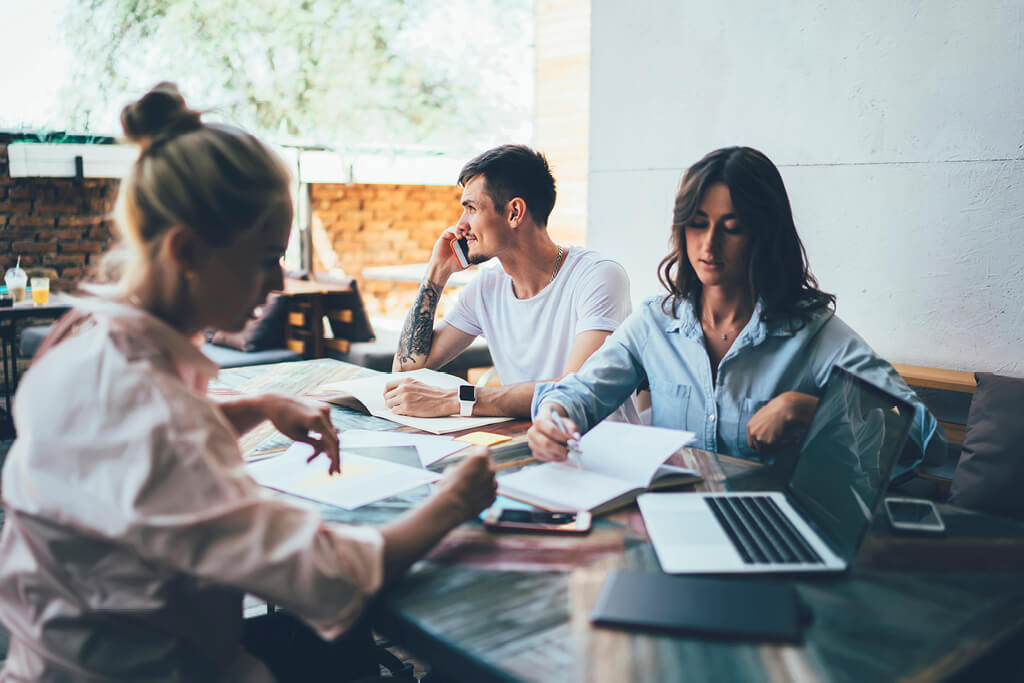 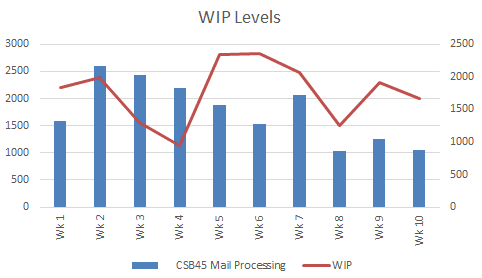 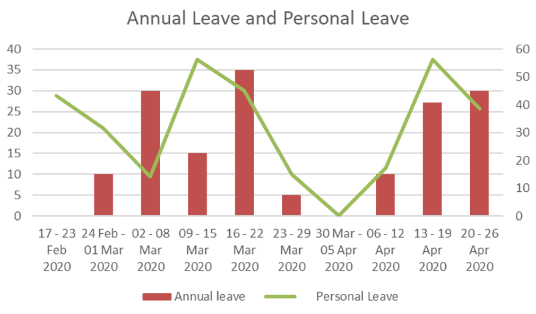 OMP gave us a new way to manage differently... As a team, we are proud of our numbers and agents see team success as a reflection of their individual work. same way as in the office...

Flexibility enables seamless operations even with Covid-19 transition to Work from Home and a 20% increase in cases.


COVID-19 had significant impacts on their business, with 15-20% increases to work volumes, the transition to WFH, and increasing WIP volumes due to lagging response times from businesses. Prior to OMP, there would have been no way for them to recognize the change in volume until it was too late, working only for Reg Z dates, not total volume. Additionally, they would not have had the agents trained to do the work that was needed, further increasing OT and missed SLAs. For this team, these challenges were no problem. OMP created visibility to the work & routines to review the data that enabled them to identify changes in business needs. They had done the work to build flexibility within their team to be able to respond to these needs. And they had the communication in place through buzz meetings, and weekly team meetings to guide their agents through the changing priorities.


Even during the most challenging weeks of transition to WFH, the team never dropped below the 6 months post-implementation levels of productivity achievement. They have since continued to pace at the expected 1% per month increases in productivity we typically see in a 1st-year implementation even through COVID. Although WIP levels are growing due to delays in merchant responses for disputes, the team has not missed any SLAs, delivering all work on time and within regulation. Through this crisis, OMP has given the managers the tools they need to create the best possible experience for their customers while balancing costs for the business, all while feeling in control of their operations. 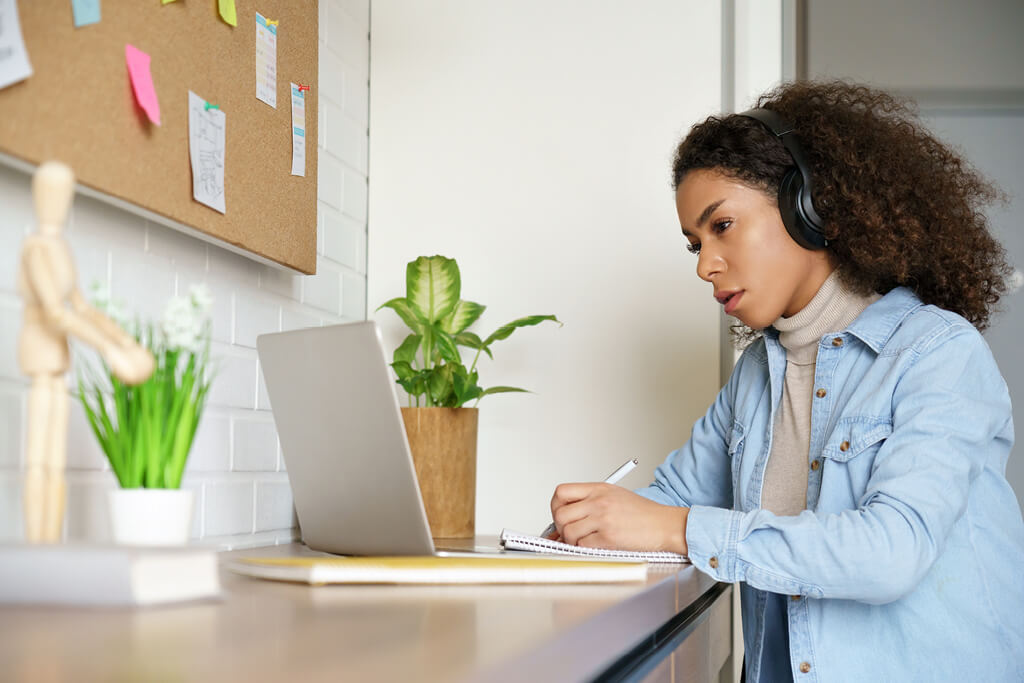 Get in touch with our team.